This poster features gold colored metallic ink on the laurel wreath in the center of the image.

The Peace Race was an annual stage race held in the Iron Curtain countries of Czechoslovakia, Poland and East Germany.  It was organized in 1948, to relieve tensions between these Central European countries following World War II. The race was run by the three state's ruling Communist parties' newspapers and it was called the "Tour de France of the East".  After the fall of communism in 1989, the Peace Race was commercialized and organizers had trouble with funding. The race was last held in 2006. 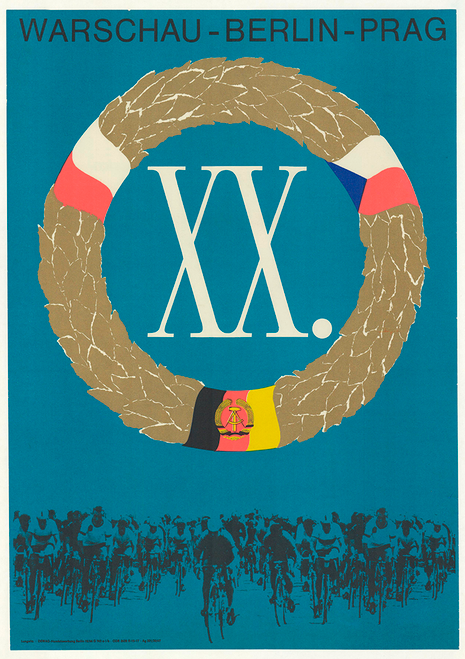